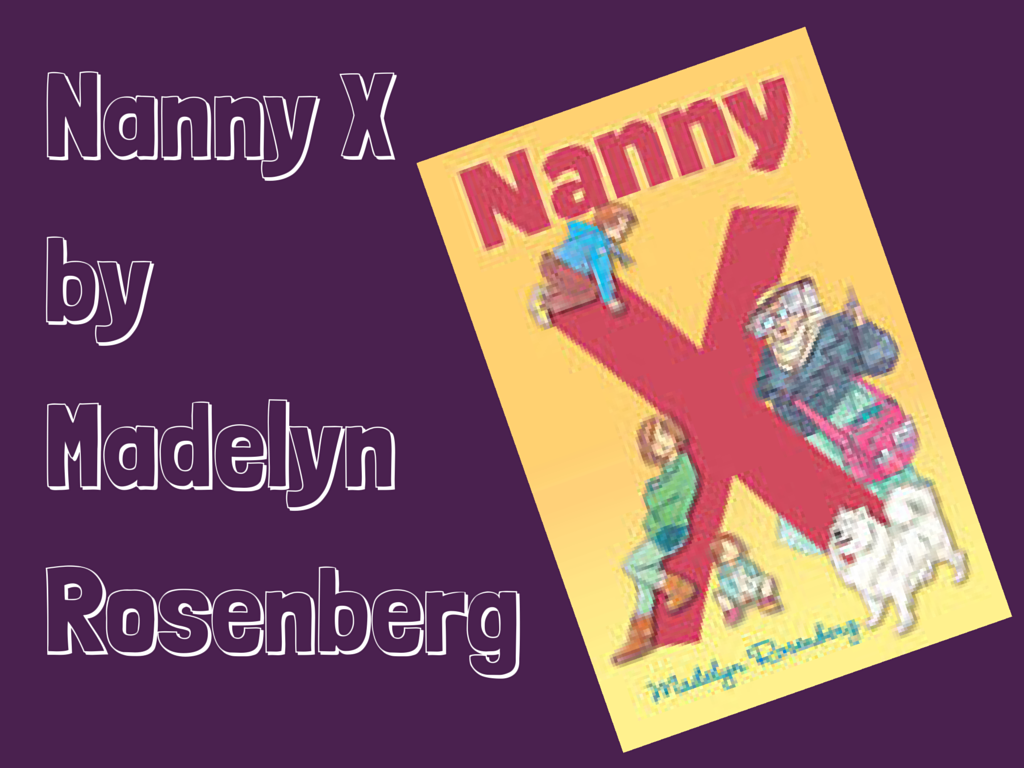 10 year old Alison and her 8 year brother Jake know there is something different about their new nanny, a silver-haired grandma type who shows up for the job in a motorcycle jacket and mirrored sunglasses, but it’s not until they find out that she is really a secret agent working for NAP (the Nanny Action Patrol) that things start to make sense.

In no time Ali and Jake are joining in and using Nanny X’s diaper bag full of spy gadgets (including a diaper phone and sippy-cup audio surveillance) to help save a local park and recover stolen diamonds.

And most importantly Nanny X is a fabulously fun mystery full of humor and silly gadgets.

Find Nanny X at your local library or bookstore after September 15th.

Be sure to check out the Nanny X book trailer: 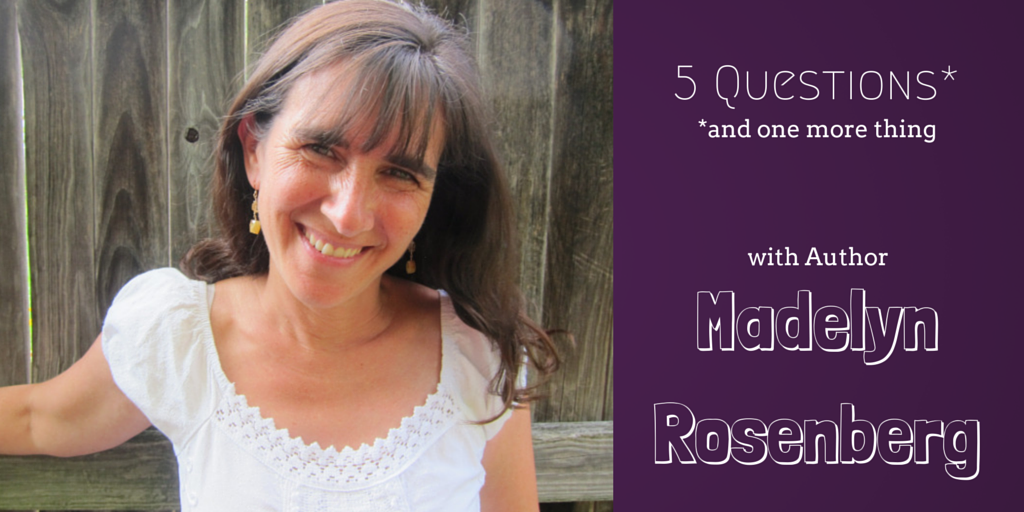 Many thanks to Madelyn Rosenberg for answering my 5 +1 questions.

1. Do you have any personal nanny experience, either having one or being one?


I didn’t have a nanny when I was a kid -- I think fewer of us did in the 1970s, even when we had two parents who worked. When my brother and I were super young, we had some neighbors who looked after us. And when we were older, we mostly watched Gilligan’s Island by ourselves until our mom came home. (Though we had some great babysitters at night.)

Fast forward to where I had kids of my own in Arlington, Va. I was lucky enough to have a flexible schedule, so I got to hang out with them, but when we’d go to the park, we’d see lots of kids with babysitters, nannies and au pairs. The au pairs were all in their early 20s and exotic and beautiful, and I started thinking about someone at the other end of the spectrum (I guess I sort of felt like I, myself, was at the other end of the spectrum). I knew some people a little older than me who were looking for new jobs -- not as nannies but in other fields-- and were worried about age discrimination. And then I started thinking about spies who were over the hill (the CIA isn’t too far from me). And when I thought about the gadgets a nanny-spy would use, out popped Nanny X. It was all very quick.

2. How would you finish this sentence: Authors are like secret agents…

...because they are always eavesdropping on the people around them, even if you never see them taking notes. And because writing is dangerous.

3. Siblings Alison and Jake both tell the story of Nanny X through alternating points of view. Did you always know that the story would be told by both of them?

I started out thinking it was going to be Ali’s point of view, but I soon realized it would be much better to have both of them, for reasons beyond hoping to appeal to both genders. With two points of view, I was able to have Jake and Ali cover more ground. I could have them in different places at the same time, and that helped move the story forward. Plus, I really wanted someone who, like me, believed in Nanny X a little more from the start. And I wanted them to be able to argue in a way where the reader could choose sides without automatically siding with a single, dominant narrator.

4.  Nanny X has lots of awesome camouflaged spy gear including a diaper phone, a special sippy-cup for audio surveillance, and a baby bib GPS. Were there any ideas for nanny-gadgets that didn’t make the final book?

5. How would you finish this sentence: One thing you may not know about me…

... is that I am a really lousy driver. When I was a kid, I once took a pillar out of our porch while backing out of the garage -- though I missed hitting the garage itself. (Which, now that I think about it, may have actually been a display of skill. Maybe? Yeah, no.)

One more thing: I am fascinated by collections (both physical and virtual) that bring people joy. Is there anything you collect or watch for in the world?

Hats! I also collect Winnie the Pooh books written in the languages of countries I visit. Only I don’t travel much so my only other editions are in French and Czech. 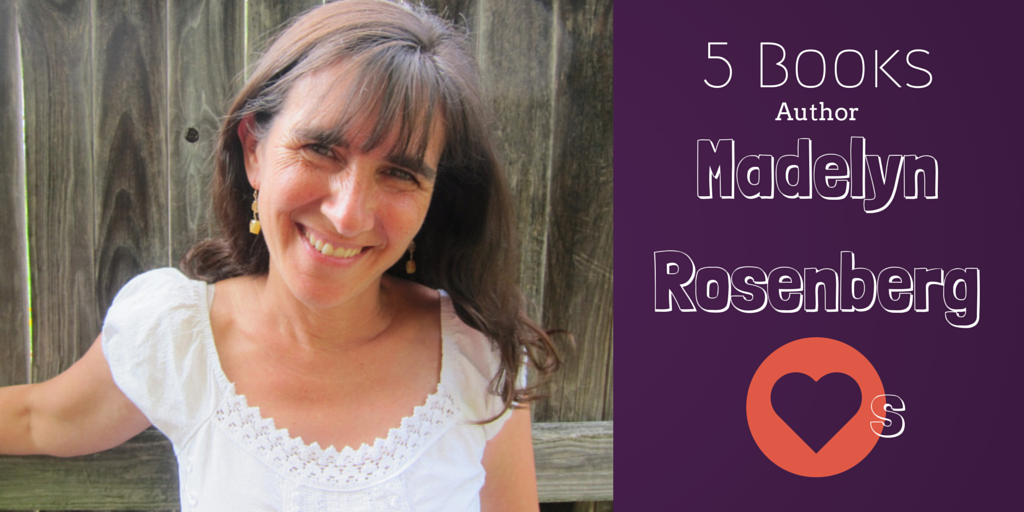 #1 The Phantom Tollbooth (Juster) This is the book that taught me how to play with words.

#2 A Wrinkle in Time (L’Engle) Sci fi! Smart women and girls! I cannot tell you the number I’ve times I’ve read this book.

#3 The Snarkout Boys and the Avocado of Death (Pinkwater) If you’ve ever wondered what reviewers mean when they call a book a “romp,” it’s this. The book is completely transporting. I didn’t read it until I was an adult, but I’ve read it (and listened to Pinkwater’s fabulous audio) multiple times. My kids actually act out scenes from this book; we all love it that much.

#4 All of a Kind Family (Taylor) The first book I read where there were Jewish girls like me -- even if the rest of their lives were completely different. I so wanted a petticoat!

#5 Harriet the Spy (Fitzhugh) The quintessential textbook on spying and friendship. I’m also pretty sure this is the book that made me want to grow up to become a journalist.